7 Statistics every App developer should know about augmented reality

The concept of augmented reality is not as new as you might think. As a matter of fact, back in 1901 Lyman Frank Baum first mentioned the idea of an electronic display that could overlay data onto real-life objects and named it a ‘character marker’. The maturity and history of augmented reality, however, is a topic that deserves a post of its own.

For now, let’s fast forward 100+ years and better understand why Apple, Google, Facebook, Amazon, Microsoft, Adobe and other tech giants are fiercely investing in augmented reality as it is known today.

Starting with what the tech giant leaders and representatives are saying about AR:

“I see AR as being profound. It has the ability to amplify human performance instead of isolating humans, and so I’m a huge believer in AR. We put a lot of energy in AR, and it’s moving very fast”.

“This [AR] is going to be an important technology that changes how we use our phones. There is a long roadmap of technology to build for years. I am confident that we are going to push this augmented reality platform forward”.

“Well we believe that augmented reality is one of those new mediums that could be as big as if not bigger than the web.”

It’s undeniable that AR has gained serious momentum in 2018. Still, if your client is hesitant if he/she should give augmented reality a GO, here are 7 stats that will help you win your next app development project.

7 Statistics Every App Developer Should Know About Augmented Reality 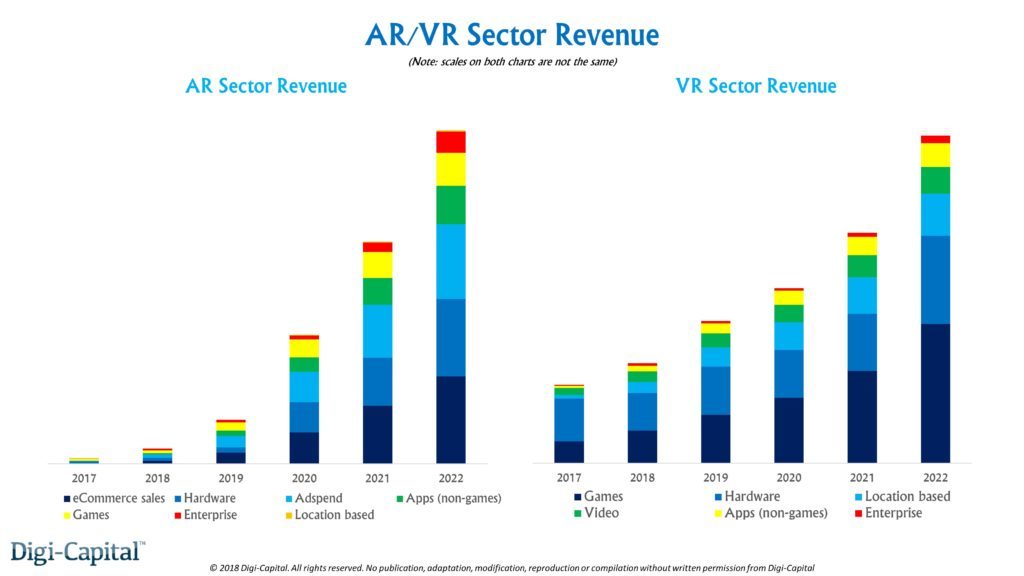 As data shows, augmented reality is growing exponentially. New creative AR apps, solutions, and devices are stirring up the market and gaining the trust and interest of users worldwide. And a great part of the AR success is due to its versatility.


AR technology is proving to be useful in practically every sector: retail, logistics, journalism, maintenance, fashion, tourism, gaming, decor and more. Check the top AR use-cases to see how mobile developers are using augmented reality to boost their apps and improve the overall user experience.

Already working with augmented reality and want to increase your chances of getting your AR project approved? Wikitude’s Marketing Director, Paula Monteiro, shares some excellent tips on how to pitch augmented reality for your next project.

With augmented reality in current expansion the next big AR hit, after the Pokémon Go frenzy in 2016, is still up for grabs. Perfect time for innovative app developers to make their moves. Are you up for the challenge?

Halloween Special: The Dark Side of Augmented Reality