The Franklin Institute is using AR to enhance their Terracotta Warrior exhibition which were displayed in Philadelphia until March 2018. The museum’s app, powered by Wikitude technology, allows visitors to use their smartphone to scan items and visualize rich AR content to learn even more about the intriguing history behind the magnificent clay soldiers.

By The Franklin Institute

The 16,000 square foot exhibition, which is featuring ten of the life-size clay warriors and more than 160 of their artifacts that remained hidden for 2,200 years, is making the best out of modern-day technologies by innovatively displaying rich content through interactive components and augmented reality experiences.

The mystery of the Terracotta Army, including the decay, discovery, archaeology, history, and preservation of the content found at the burial complex of China’s First Emperor Qin Shihuangdi, is better understood by visitors who use the institution’s app to view augmented reality renderings. The AR experience shows representations of how the sculptures are predicted to have appeared more than two thousand years ago. The AR feature of the app also displays digitally augmented weapons and artifacts being held by the ancient terracotta statues. The app contains, furthermore, a Mobile Warriors feature where users can create their own army by digitally posing terracotta soldiers in any given space. A screenshot of the displayed personalized army can then be shared on social media. The iconic science museum used photogrammetry and a structured light system and united it with Wikitude´s powerful SLAM technology to create the fascinating digital reproductions of the soldiers and their bronze weapons in their original conditions. Wikitude’s SLAM technology makes it possible for apps to recognize objects, instantly track the world, and to add digital interactive augmentations. For those planning on visiting the engaging new take of Terracotta Warriors of the First Emperor, one of the most outstanding archaeological discoveries of our time, or for those interested in displaying the ancient army within digital view, should download the Terracotta Warriors AR app available for both Android and iOS. Get the downloadable PDF with the target images that will activate the augmented reality (AR) experience in The Franklin Institute’s free Terracotta Warriors Augmented Reality Mobile App. 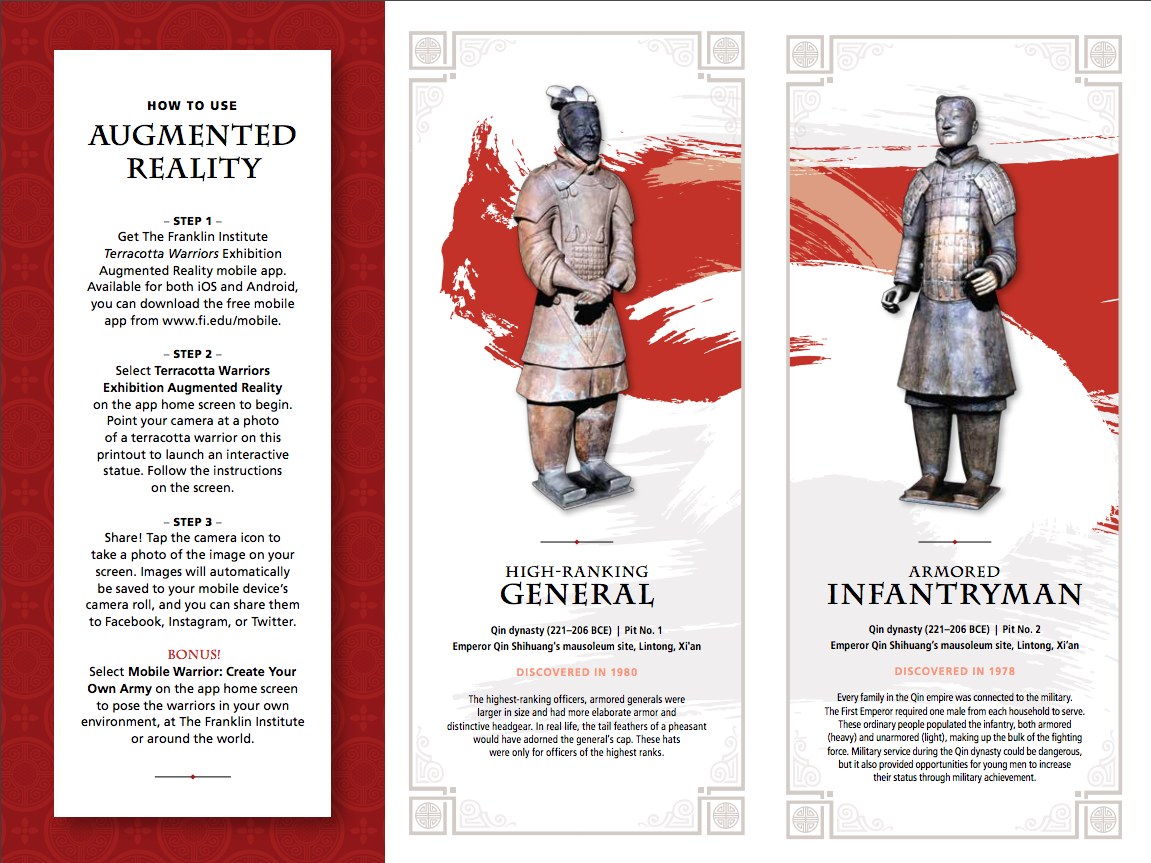 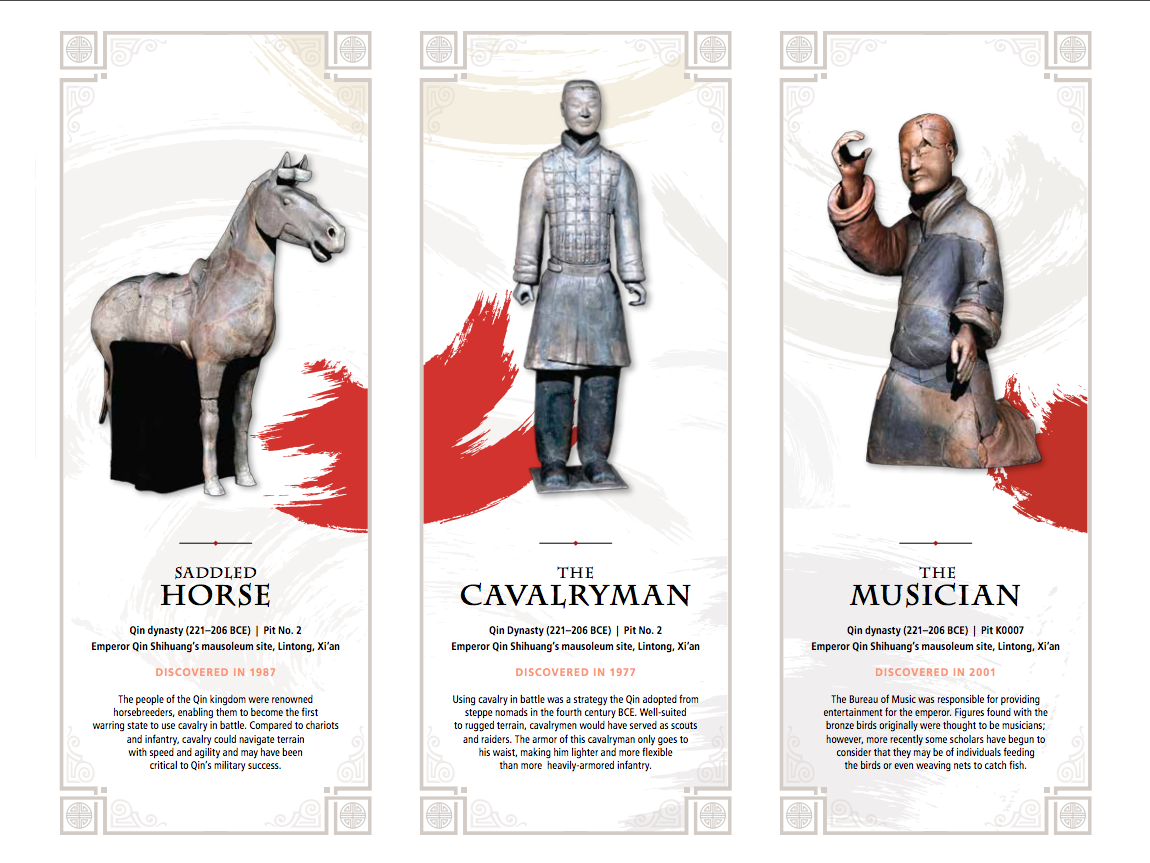 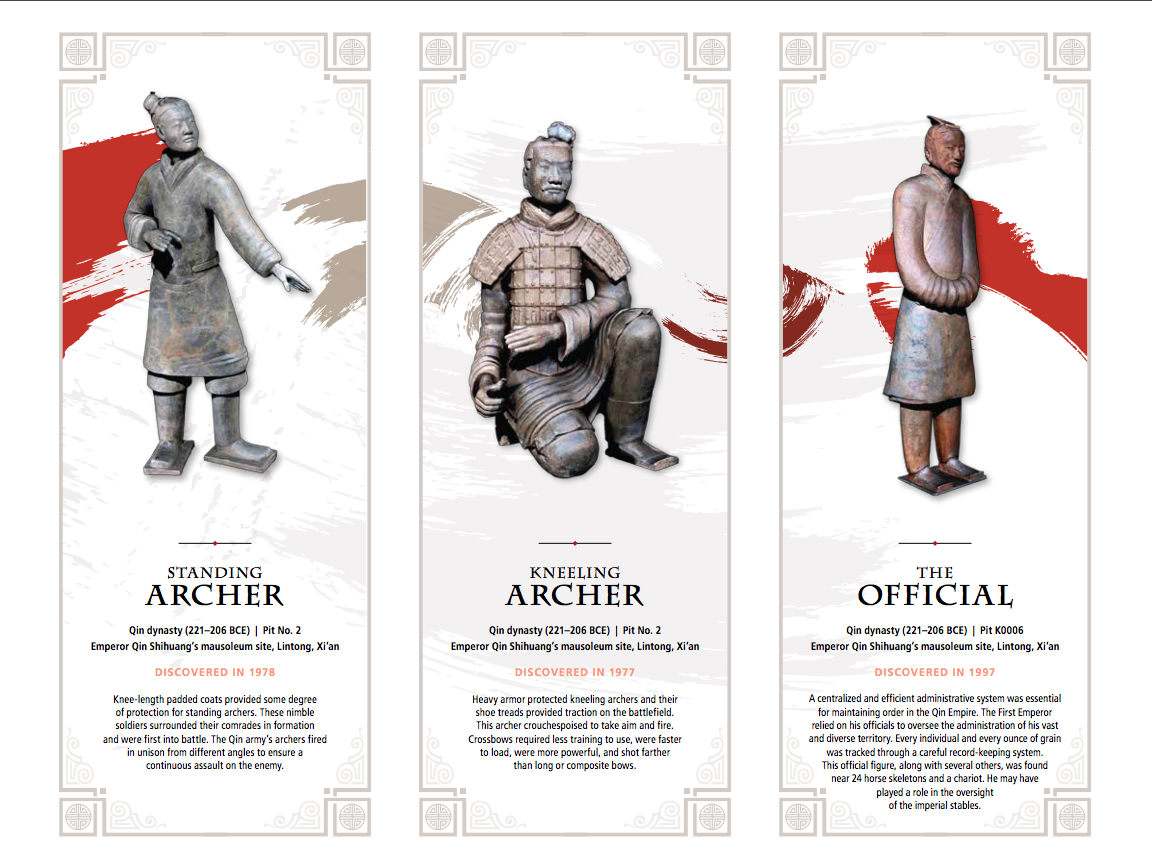