A highly detailed twelve-inch toy Robot, based on the Mech-X4 action television series from the Disney Channel and Disney XD, is being controlled by a wrist worn Mech-Link motion sensor band to battle monsters in an augmented reality environment. Bandai America Inc., a leader in developing engaging, quality toys, used Wikitude technology to provide the interactive AR battle experience.

Augmented reality, it’s the next cool thing... It is the merging of the physical world with the virtual world...We can apply this technology to any toy.
Ali Al-Aasm | Co-founder | Red Piston

The manufacturer and master toy licensee of some of the most popular brands in children’s toys and interactive entertainment today, Bandai America Inc., stepped up its game by adding an innovative augmented reality experience possibility to one of their awesome Disney based products.

Using a smart device and assisted by the wrist worn Mech-Link band, users can control the movements of the AR robot with five unique actions: “Mech-execute” to power up, Right punch, Left jab, Activate defense shields and Repair mode. The final purpose of the game is to defeat all the monsters from the show to save Bay City from total destruction. Users level up, earn Monster Hearts and learn new battle techniques throughout the four battle modes: Agility, Weapons, Defense Shield, and Repair. 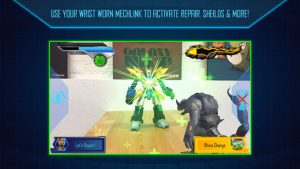 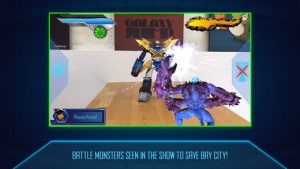 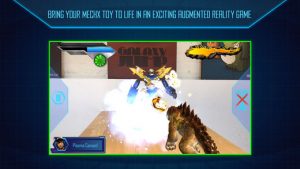