The ARML 2.0 standard has been approved – now official!

Back in 2009 when we started with our proprietary ARML 1.0 file format, we had the vision that someday, an open data format for AR would emerge that was accepted and used industry wide. I’m pleased and proud to announce that this day has finally arrived!! ARML 2.0, the AR data format that the ARML 2.0 Standards Working Group (SWG) have been working on for the past 3 years has been adopted by the Open Geospatial Consortium (OGC) as an accepted and implemented industry standard. The process and methodology we’ve executed over the past few years has been both exciting and challenging. When we proposed and started the ARML 2.0 SWG back in 2011, we were a group of five institutions that believed in the same vision of an augmented reality data standard. After the SWG was initiated and all the necessary requirements to form a group were met, the SWG got towork. The members met regularly via telephone conferences, and face to face 3-4 times a year in locations across the globe, including Boulder, Colorado, Brussels, Belgium and Taichung, Taiwan. Just one short year later, the group had grown to more than 50 members by the time we were able to release a first draft of the specification to the public in November 2012. The first version of the specification received some very good responses, and a couple of change requests. The integration of these changes kept us busy for another couple of months. By that time, ARML 2.0 received the status of a “Proposed OGC Standard”, meaning that the OGC proposes ARML to the community, but is waiting for implementations to make a decision on adopting the standard. After the incorporation of the user feedback, the first implementations of the standard were released tothe world. We are currently aware of 4 live applications that are supporting ARML 2.0. The the three main AR Browser vendors, Layar, Metaio and Wikitude, teamed up to make the browsers’ interoperable utilizing ARML 2.0 as the common interchange format between them . 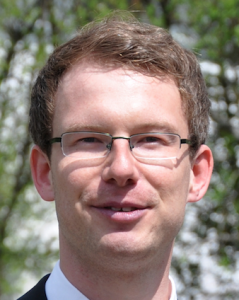 Additionally, SK Telecom, based in Seoul, Korea, utilized ARML 2.0 as the main content format for their brand new AR browser – and we are aware of several other implementations by multiple companies. These implementations proved that ARML 2.0 can be implemented in several different applications, can serve multiple purposes and, according to the implementers, is easy to understand and to use practically . The latter was always a main focus topic for the SWG members. After the implementations went live, we progressed out work to meet the final requirements for the adoption of the standard within the OGC. I did a final presentation of the standard in front of the entire OGC Plenary in Tokyo, Japan, and we opened a final Public Commenting Period for the community to submit final input. Following these procedures, the OGC Technical Committee conducted an electronic vote to adopt the ARML 2.0 standard as an official OGC standard. The vote was overwhelming, with a unanimous “YES”, and the OGC Planning Committee officially approved the vote! Over the past two weeks, the OGC and myself have been preparing the release of the official documents and announcement of the adoption of the standard, which has just happened a few of hours ago. It was a great and exciting journey, and I’m truly thankful that I was able to chair the ARML 2.0 SWG from the very beginning and help deliver an industry standard . I also want to thank the OGC for giving us support and useful insights throughout the entire process. It was worth every minute of our time and every key-press on our keyboards to create ARML 2.0.. We are already in discussion how to continue our work, and to get to ARML 2.1 in the not too distant future.

Want to learn more about the ARML 2.0? Join the free webinar ‘Unleash Huge Market Opportunities in Augmented Realty with the New OGC Open Standard’ with our CTO Martin Lechner. Click here to register and check the schedule in your local time.