At Europe’s largest football tournament, augmented reality scored a goal! Powered by Wikitude’s SDK, the UEFA magic pic app became the official photo booth for supporters attending the 2016 EURO cup in France. The app allows users to take selfies with UEFA’s mascot, trophies and flag of their favorite team. Users can save and share their experiences inside and outside the french stadiums keeping an unique souvenir from this year’s european cup.

UEFA was looking for highly innovative experience for this year’s EURO cup and Wikitude’s technology helped us to deliver that! With the Plugins API feature we could combine AR with a Live Green Screen Replacement (chroma Keying), creating great memories to football fans inside and outside the stadiums.
Matthias Kaenzig (CEO) / Jonathan Werner (CTO) | Takondi

Augmented reality is a game changer for sports. The 2016 UEFA EURO tournament surprised football fans with its official Magic Pic app, powered by Wikitude’s AR SDK. Magic Pic allows guests on the hospitalities areas to choose between 20 different backgrounds of all french stadiums to take personalized pictures and share on Facebook, Twitter and other social media channels. As a special feature, users can also make selfies with 5 different 3D models: Super Victor, this tournament’s mascot, national flags of teams, an augmented UEFA banner and even the event’s trophy. Several Magic Walls (green screens) were placed in Hospitality Areas spread across all stadiums in France, allowing fans to create great memories during the games. The app developed by Wikitude’s Premium Partner, Takondi, quickly became a success! The response of fans and hospitality guests from all over the world was tremendous, proving the potential of AR in mega sport events.

Using Wikitude’s Plugins API feature, Takondi combined AR and chroma keying (live green screen replacement), which enables users to take pictures as if they would be in different touristic points in France with their smartphones. Games and competitions organized by UEFA got thousands of fans creating and sharing exciting AR experiences online. 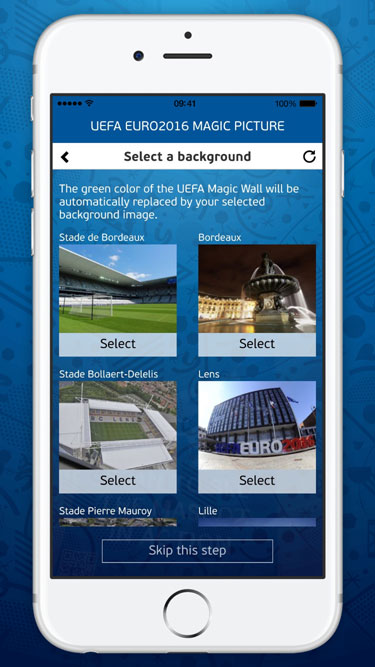 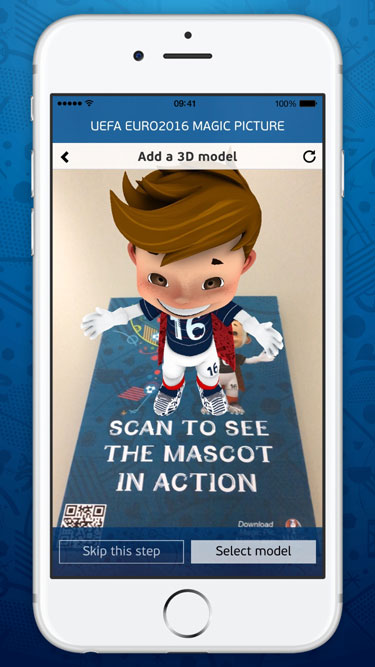 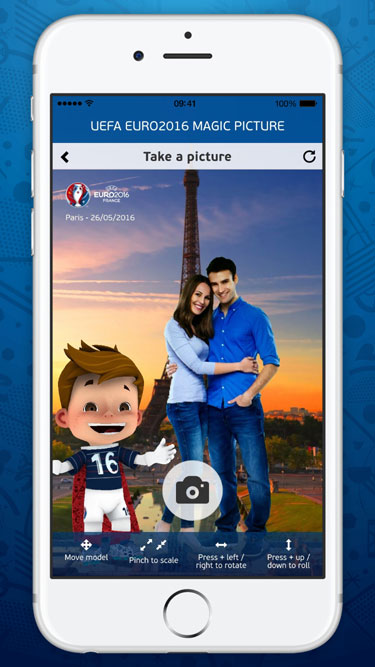 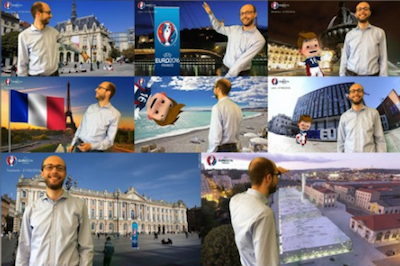 For the final matches, it’s still in time to try the Magic Pic app! Download today the iOS or Android versions from the app stores to get started. You can trigger the 3D models using the magic pic images available at the UEFA hospitality website. Share your selfies via Facebook and Twitter using #wikitude and #MagicPic so we can see your AR and green screen creations!